So firstly those who don't like insects, bugs, creepy crawlies or whatever you call them may want to stop reading my one a day today. You also may not want to come back every Wednesday, as I will have a theme that re-occurs each Wednesday and that theme is My Millipedes.

So as my first entry on this theme you are going to be introduced to my first millipede I bought, Eratosthenes, I purchased him from the Yeovil bug fest back in Feb '10 for the tiny price of £1.50. Being my first millipede I didn't really know what to do with him so I picked up a cheap plastic tank, some bug bed and gave him some cucumber and he took straight to it. He was always quite outgoing as well so I had lots of chances to carefully hold him, but not too much though as they aren't fans of being handled. 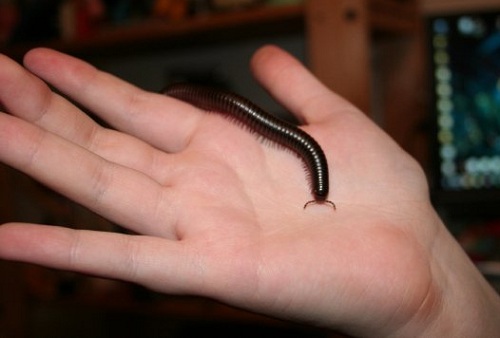 So you may wonder why he was called Eratosthenes, well Eratosthenes was a Greek Mathematician and Astronomer who was the first person to prove that the Earth was round, calculate the circumference of the earth and calculate the distance from the Earth to the sun, as well as lots of other things like the leap day. Eratosthenes only seemed appropriate for someone who worked out the circumference of the Earth, as someone with lots of legs would be able to do that quite easily. 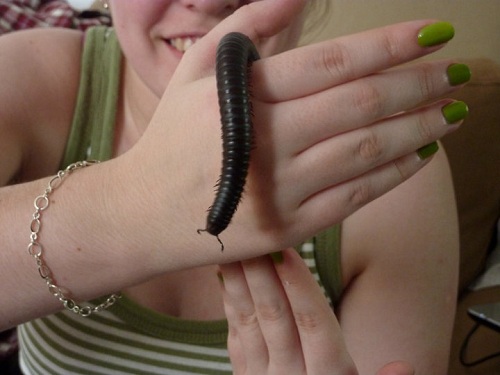 Eratosthenes is an Archispirostreptus gigas otherwise known as giant African millipedes, which are one of the largest millipede species that can grow up to 38.5cm long and 0.67cm in circumference. Eratosthenes isn't quite to that size; however they can actually live for between 3-10 years, so he's got a long time to grow. His exoskeleton is fairly hard and in order for him to grow in size he must bury himself underground to shed his skin, where he can then grow an extra segment. You may be able to notice how much he's grown since the first picture, you may not, but it goes to show what can happen in almost a year. 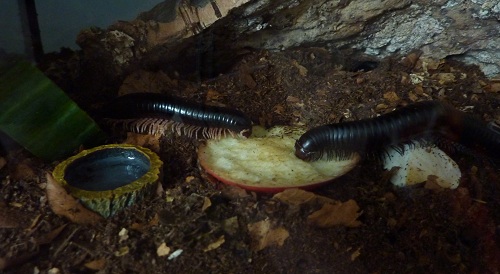 Since getting Eratosthenes back in February I've bought him a few friends, I will introduce them all later, however you could say this lovely lady in the picture (above) is his girlfriend. Even though I was told millipedes don't cross-breed I now know they obviously do! 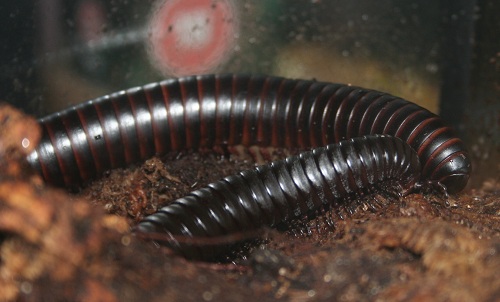 They eat veggies, don't bite (but may nibble if interested), they're super interesting to watch moop around and are as harmless as a fly.