Ok this entry was supposed to have gone up back when FLIPS came out on the 4th of December, but I've been a very busy bunny and haven't had enough time to do so.

So I posted about FLIPS back in October when they were announced. The four titles released being: FLIPS Faraway Tree Stories, FLIPS Too Ghoul for School, FLIPS Cathy Cassidy and FLIPS Artemis Fowl.

So the day they came out I had a look about in the shops to see if I could spot them, and here are the following. 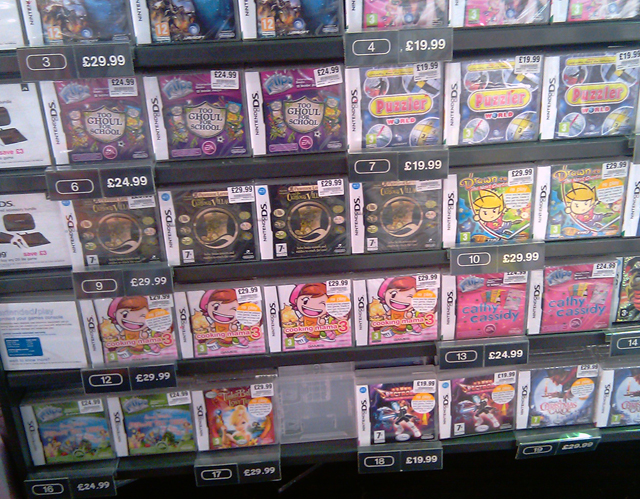 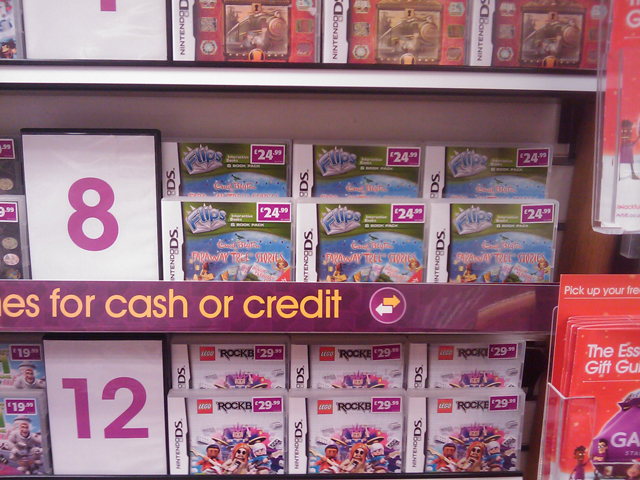 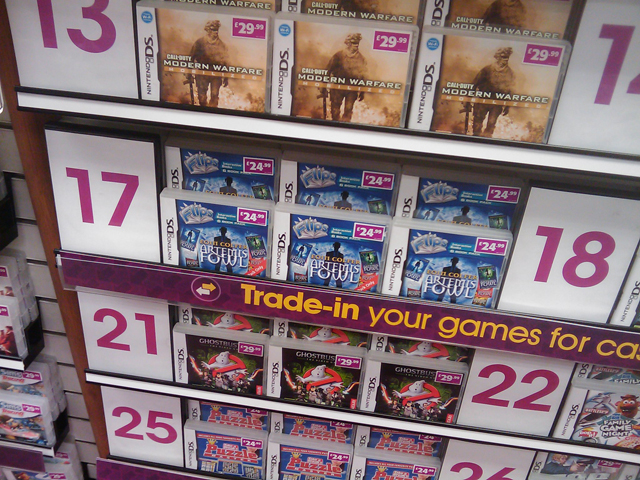 In GAME two of the titles were at 8 and 17 in the Nintendo DS chart. 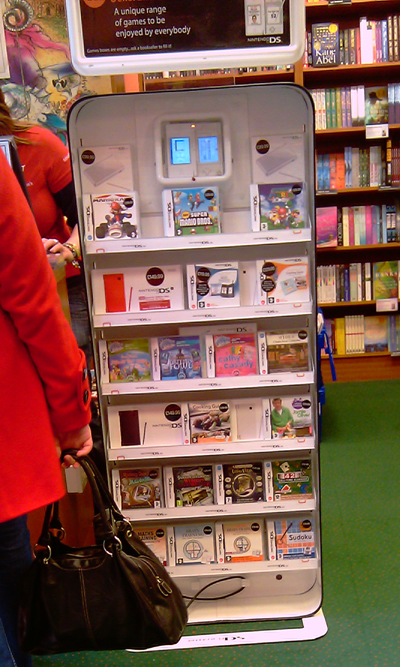 In Waterstones they were displayed with DS POS. 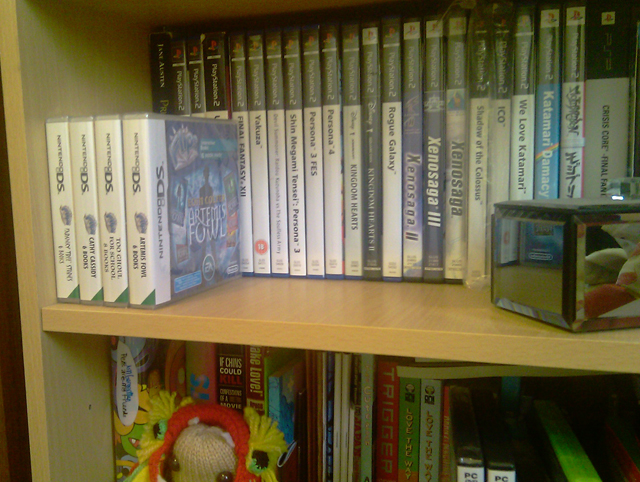 I'm quite satisfied with the launch FLIPS had, along with Ruth Langsford from This Morning promoting it at an EA games show.

And Bernard Cribbins (who most people now will know him as Donna Noble's grandfather in Dr Who) has also helped promote them on the Radio.

I'm very happy to have helped in the development of these games at EA, I hope those who have purchased them for family or who are buying the titles themselves enjoy them.