Not of the human kind though, although babies can be pretty cute, I'm talking the millipede kind. So Archimedes and Eratosthenes seemed to of had a little fun under the soil a while back that resulted in the surfacing of a load of baby millipedes back on November 15th. 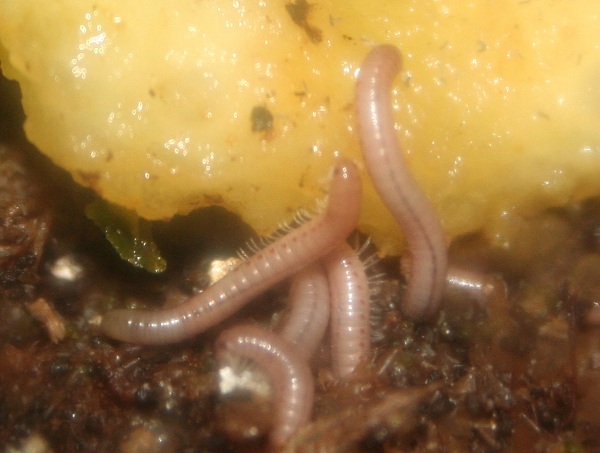 They have then of course since then grown a fair bit, they aren't massive, but you can tell when seeing them, that they've grown, not only have they grown but their exoskeleton is very slowing getting more grey in colour. Providing them with a little more protection when falling or having the larger millipedes walk all over them. 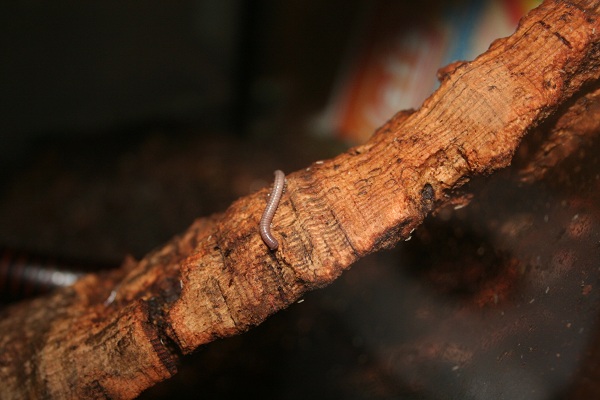 The other day I actually counted about 30 or so of them, and by the time they're big enough to separate from the tank I shall be getting rid of most of them by selling the individually to good homes. Plus then it means the tank finally gets a proper clean, which I cannot wait for, as in their current state I'm afraid to empty out the tank in case I hurt any.

Now Wednesdays have run out of introductions to the millipedes, maybe I'll just stick with a picture each week.