I would like to recommend a game today, and that game is the legendary Spare Parts. I was umming and ahing over what to write about today, and then I saw a pretty horrible looking picture of Spyro the Dragon which then lead me to think about Spare Parts as I swear the pickup drop noise sounds so similar to the gem pickup noise in Spyro. This may just be from hearing it and thinking it sounds like Spyro, it may be totally different, but either way it reminds me of good times by having that little ding type sound.

Anyway Spare Parts was released on XBLA and PSN back on the 19th of January and for me it was a day one purchase. For a small 800 MS points I managed to get a nice solid little platformer with lots of robots and cute sci-fi and space related in-jokes here and there, plus it has the voice of Simon Pegg. 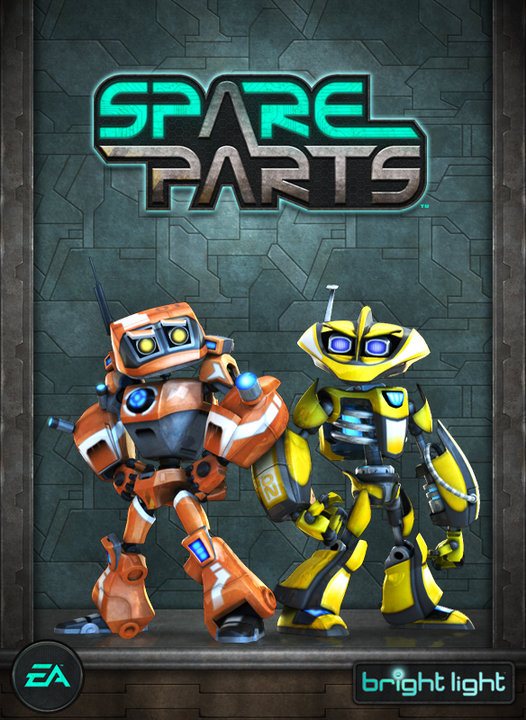 I'm currently in the middle of writing up a review for this great little game, so there will be a little more about it on Gamercast eventually.

You will also notice there are two robots on the piece of art, and they are known as Mar-T and Chip. There are two robots because it's two player co-op online or local meaning that you can team up with a friend to destroy the evil Krofax, or just play around and have a laugh.

But I recommend this little platformer which I find similar to the Lego games but with a bit more personality to the characters which helps bring them to life. If you're unsure I recommend picking up the trial, however the trial didn't help show off the greatness of this little game.