I am now a very proud owner of a Dell Inspiron Mini 9, I had for a while wanted a little netbook, mainly because everything else I've ever owned portable computer wise has been really heavy. And to be honest if I ever want to go back home, round my boyfriends or go to a convention or conference, it's not fun lugging around something that weighs 2kg+, along with of course everything else I need.

A while ago, we're talking months and months ago, before Dell actually sold the mini 9's my boyfriend sent me this image, and at first I thought it looked silly, as why would a computer be so small. 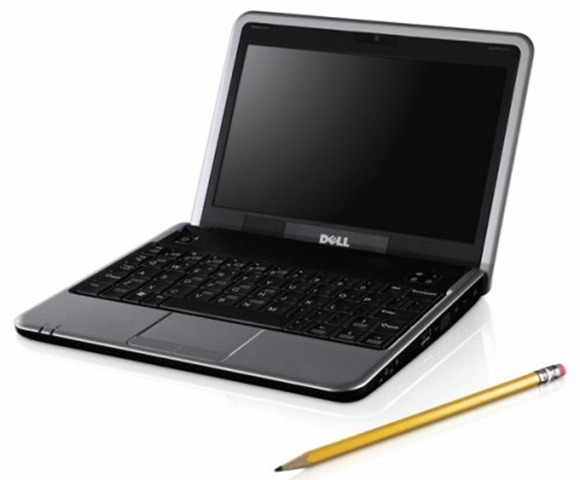 But then after lugging around heavy stuff for so long it made me realise that something like that would really be beneficial to me.

So far I've used mine as my notes for a presentation, and just to be able to do work at university without having to bring in my large bag to carry a bigger computer in. Instead I can carry it in a small bag I own for example this one. 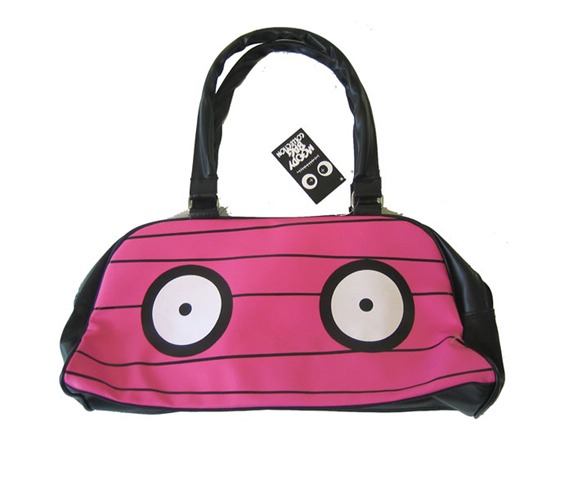 Which I bought from the wonderful Spun Out store in Northampton, and I can actually fit in, along with little bits and bobs, my mini 9, my journal for writing and a couple of small books (that was its contents on Tuesday anyway).

Here's a little picture of my cute new toy as I've put it in the title, I've currently got it running the beta of Windows 7, which is lovely and way better than Vista. It runs so fast on it, and it's also very quiet which freaks me out when it boots up. 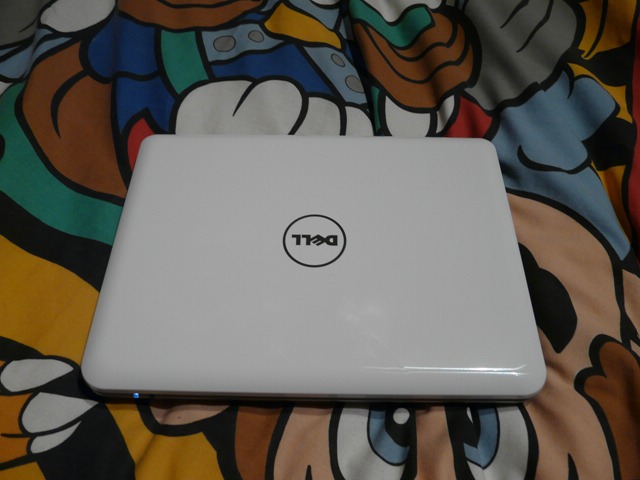 But yes, I recommend people to get a little netbook if you're tired of lugging around a big bag (and don't want to use a smartphone or PDA as a portable computer) and want something small and cute to fit in a little bag. I do recommend getting a netbook that has an SSD hard drive though, just as it makes a netbook better than your average laptop.

Also if you do decide on getting one, I recommend having one of the Xbox 360 HD-DVD players as it came in handy for installing things, or of course just an external disc drive. I also bought a 16gb SDHC card for it, which works as another hard drive really. And don't forget even though it only has in my case a 16gb SSD hard drive external hard drives, networks and USB sticks are your friends.

It also acts a nice thing for playing point and click adventure games on as they are of course perfect games in my eyes for while your travelling, and just so people know they can actually run WoW, as I had my boyfriend round the other day and he got it working, was a little slow though. Good thing with the Dell mini's though is if you wanted to upgrade it you can. He's just purchased one, and more RAM and a 32gb SSD, just means he has to put them in himself. But it will of course run WoW better for if you want to do that.

It has a really nice screen, although it doesn't really do it justice in my image. 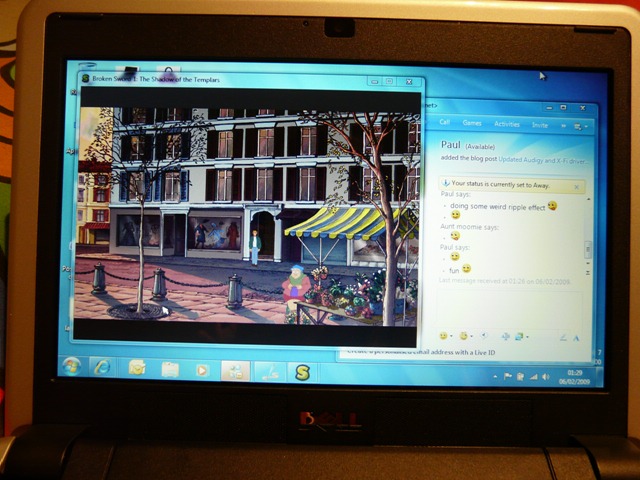 And just to show how small and cute it is, here we have my "mini kitty" as it's called with my DS, just to show how nice and small it is. Now if Dell actually did full on different colours like the Eee pc netbooks, I would go out and get a red one that would match my DS. But Dell only change shells, so I'd only have a different colour top. I would actually pay more to get one completely in one colour keyboard and all, but I don't think any company does that. 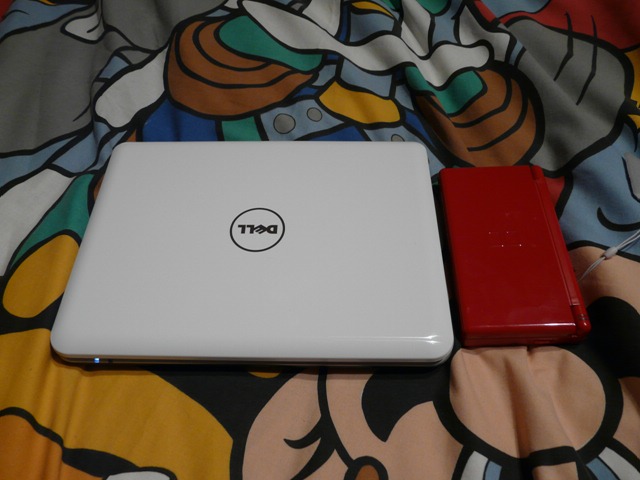 I would stick stickers on it, but a doodle in a black pen would look so much better, here's to waiting for that day.