One Hundred and Ninety Nine: V; the new series that is

I'd been mentioned by a few people that they'd like the new series of V; I'd also been told by others that it was crap. So I didn't really know what to think of the series without watching it myself, however glancing around in my local GAME store they had the first season on Blu-ray for a measly £7.99 which I couldn't pass on.

So it's not the greatest Science Fiction show, or the highest budget TV show of recent years but I did find it quite enjoyable and strangely compelling. Similar to watching episodes of Dr Who, you just have to forgive the lower budget special effects and focus on the story and characters. Some characters were played quite well, whereas others were quite annoying at times, leaving you to want them to be killed, but everyone did a fairly good job in playing out the story. 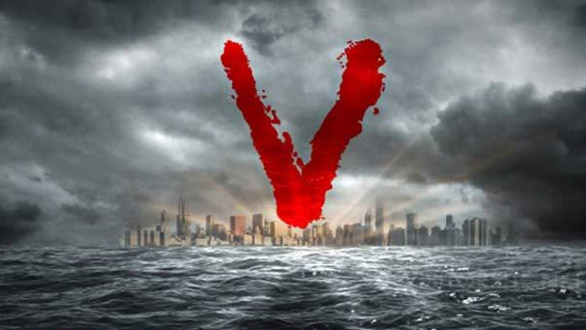 My only small issue I suppose is similar to Battlestar Galactica, I hadn't watched the original series of the show so I have nothing to compare it to. But either way I thoroughly enjoyed seasons 1 and 2 and find it a shame that it had to be cut short. By the end of the second season they had introduced so many additions to the storyline that it left you really disappointed that it couldn't all be explained.

V may be hated by some but I thought it was a good bit of Sci-Fi to watch over a few weeks, I recommend people watch it before it gets forgotten about like other cancelled TV shows.