One Hundred and Sixty Nine: Looking back at Klonoa: Door to Phantomile

Another favourite of mine from the Playstation has to be Namco's Klonoa: Door to Phantomile, a perhaps slightly more obscure platformer when thinking of the Playstation's key platformers like Crash and Spyro. Klonoa follows the adventure of the aptly named Klonoa who is woken up to hear a crash outside his house, the events being very similar to a reoccurring dream he'd been having. So he goes off to investigate it and the story really just follows on from there. Klonoa is a very recognisable Namco character who sadly didn't really become as popular as they may of hoped, at least in the UK anyway. However that said he did get a whole host of games which spanned across the Playstation, Playstation 2, Gameboy Advance, Nintendo Wii and even a beach volleyball game with his name on it. 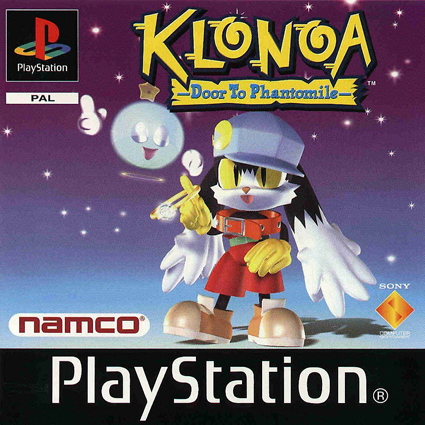 I always quite enjoyed Klonoa and it has always felt similar to PaRappa the Rapper to me. The reason was it was a 3D game that wasn't trying to be a huge open expanse of a game like Spyro. To put it bluntly it was a 2.5D platformer, similar to recent releases like Little Big Planet. That's the only real similarity though. What was nice about Klonoa was that it wasn't just horizontally flat levels. They mixed it up a little by putting most locations on a circular plane. Creating a vast 3D environment which still made sure that the player couldn't stray off the linear path. With this level layout it allowed you to occasionally see locations up ahead, or areas you had already travelled across. Another upside of this layout meant that you could grab or interact with objects that aren't actually on your direct path. This was a great way to hide collectables and alternate routes.

Klonoa was also not a very violent creature, he doesn't go around punching his foes like Mario does. He wears a ring which contains a little spirit called Huepow which does all the damage, you have the ability to grab a hold of an enemy and use them to your advantage thanks to Huepow. When jumping this allowed you to throw your held enemy below you to double jump, or use them to activate switches you couldn't easily reach. Or you could just use them to throw at other enemies if you felt so inclined. This aspect of using your enemy as a weapon then made boss battles quite simple once you learnt their attack patterns, as you didn't always have direct contact with them. You just had to use the Moos (enemies) and attack the bosses with them, so you could stay at a safe distance throughout most of a fight. 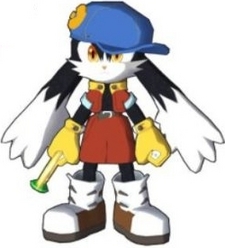 The gameplay is entertaining although after a while it does feel a little bland because of the constant repetition, although at the end of the day there are new mechanics introduced few the first few levels which helps keep it alive. However it is the visual style and world that really pull the game together and make it feel fresh from time to time. For some it may seem a little too cutesy but it all fits within the world that Klonoa resides. The music is perfectly scored and helps keep an upbeat and fluffy feel to the game, while the sound effects create memorable sounds that will stick with you for a lifetime...or you'll find them annoying.

Klonoa with the recent Wii release is more readily available to anyone wishing to catch up on the series. Which is great although there were a few changes to the Wii version making it not as great as the original. So if you can find Klonoa and also Klonoa 2 (Playstation 2) I recommend giving them a go.