Ten: Looking back at The Neverhood 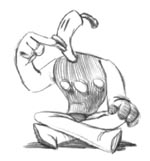 So firstly The Neverhood isn't only a game, it was a company back in the 90s which happened to make the game with the same title. The Neverhood is quite an obscure title, however I hope some of my readers have heard of the game, or perhaps one of the later titles developed by the company.

Released back in 1996 it was released for Windows, or for those lucky people in Japan a PSX game known as Klaymen Klaymen. Following a niche at the time The Neverhood was a claymation game created by the amazing Doug TenNapel along with the rest of The Neverhood team. The Neverhood is a great little point and click which sadly didn't sell too well because it came out during the decline of adventure games, however this didn't stop me from randomly picking it up one day, and I'm so happy I did.

The Neverhood focuses almost solely around Klaymen who has woken up all alone, not knowing where or who he is. In a strange world he must venture outside to find out if anyone else can tell him where to go. Luckily he stumbles across the helpful letters of Willie Trombone, however not everyone on his journey is friendly. While exploring there are a variety of puzzles scattered around that Klaymen must solve, as well as Klay Disks which contain the secret of the world that Klaymen has woken up in. The protagonist Klaymen, a cute little fellow appears at times misguided and sometimes quite idiotic while also inquisitive, however I feel that's his charm, plus he's only a baby. 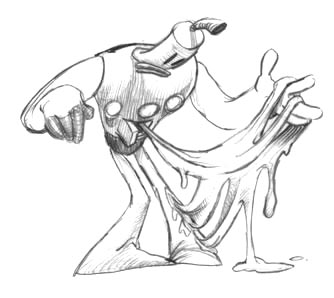 The whole game has been created in a clay environment, and if you can get it to run on your PC I recommend running a virtual machine allowing you to play the game on Windows 95 or Windows 98 as those running in Vista and Windows 7 and perhaps XP will run into pixelated graphical issues, due to it being an old game.

For those interested in The Neverhood but not wanting to fork out the expensive price for the game, you could pick up Skullmonkeys for the PSX which is the sequel to The Neverhood in the form of a platform game, which features some absolutely amazing songs, and funny little cutscenes as well as fun gameplay, it's not The Neverhood, but it's still a great game. 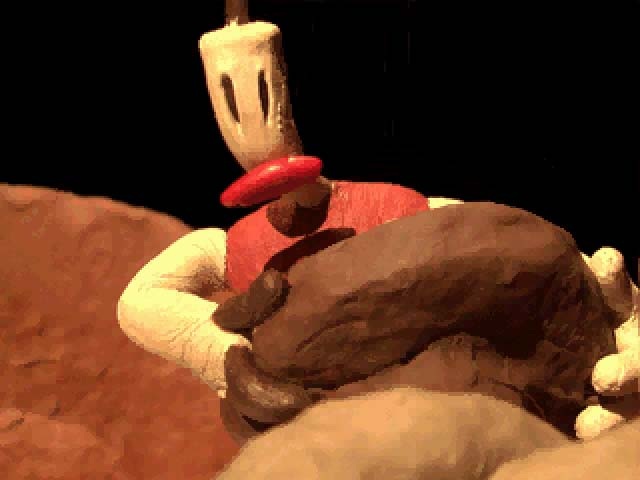 If you're lucky and can find a copy of The Neverhood I recommend picking it up!

Sadly The Neverhood aren't around anymore, although claymation games pretty much died in the 90s, that is of course excluding the new Swedish indie game The Dream Machine which I must say looks stunning, especially for a game that has been created by only two people.