Thirty Two: The Girl Who Leapt Through Time

Some I'm not a huge anime fan of any sorts, however I appreciate good animation, story and characters, so this makes me a little picky when it comes to watching anime, but it's usually for the best, meaning I feel that what I watch are some of the best animations out there, and I hope you agree with this choice.

So I've got a few favourite animator/directors in terms of anime, or just absolute favourite films, one of which is The Girl Who Leapt Through Time (TGHLTT). TGHLTT was originally released back in 2006 and was directed by Mamoru Hosoda of Digimon fame and produced by the highly acclaimed Madhouse studio who are known for working on some of my favourite anime including; Final Fantasy: Legends of the Crystals, Memories, Paprika and Perfect Blue (you may notice a theme in some of those examples, if you do well done, I love all his films however, not just the few mentioned) which are some top quality films, not only in terms of animation but story and characters as well.

So back onto TGHLTT, inspired by the book Toki o Kakeru Shôjo it is somewhere between a hybrid of sci-fi and romance. The film focuses on high school girl Makoto who accidentally comes across a way to travel back through time, at first she thinks she's crazy but when she realises the power she has in her hands. She then uses her new power to change the smallest least important of things in the world. Be it using the powers so that she can have an extra pudding, sing karaoke for a whole day, or even to stop herself from being late for school in the mornings. However these things come at a cost which she was unaware of, one day a number appears on her arm which informs her of how many leaps she has remaining. Of course after wasting so many on frivolous things she only has a limited amount to make things right and of course when she really needs a leap the most she has run out. 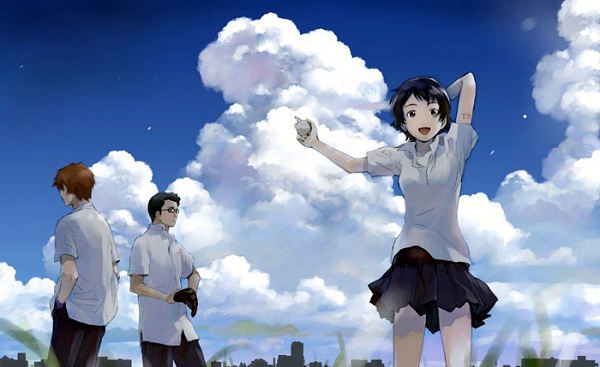 Now this may not have you hanging on the edge of your seat wanting to watch the film but it ticks all the boxes, throughout the film you're confronted with comedy, romance and very dramatic scenes, keeping you enthralled until the end of the film.

Even if you aren't sure of The Girl Who Leapt Through Time from my brief recommendation consider picking up the HD release that is soon to be released. As of the 28th of March TGWLTT is finally having a Blu-Ray release in the UK to be sold alongside Hosoda's newest anime Summer Wars. Then if that isn't tempting enough, you can pre-order a double box set of the two on Blu-Ray for £18 off HMV, I for one cannot wait to watch it in lovely HD and I hope other people are excited for this release as well.