A game I've been meaning to pick up since its release is Tales of Vesperia, to be honest I haven't really played many JRPGs for some time now, although if I did I'd probably devote a load of time to Persona 3.

At one point they were my main focus of gaming, I loved finding new JRPGs for my PS1, from Legend of Dragoon to Wild Arms. I couldn't get enough of them, but then as time went on I had less and less time for games that love to suck up your life, even though I did have a stint with SWG and WoW.

However even though I have less time for them, it doesn't mean they still don't become a part of my collection, begging me to play them. One thing with JRPGs other than the Final Fantasy series is that they have fairly limited releases, and Tales of Vesperia definitely had a limited release.

CEX's website claim they sell it for £40, however when popping to Crawley the other day they had a copy on sale for a whopping £60, I knew when I was waiting for it to drop in price a little from the RRP of £44.99 it was a mistake. 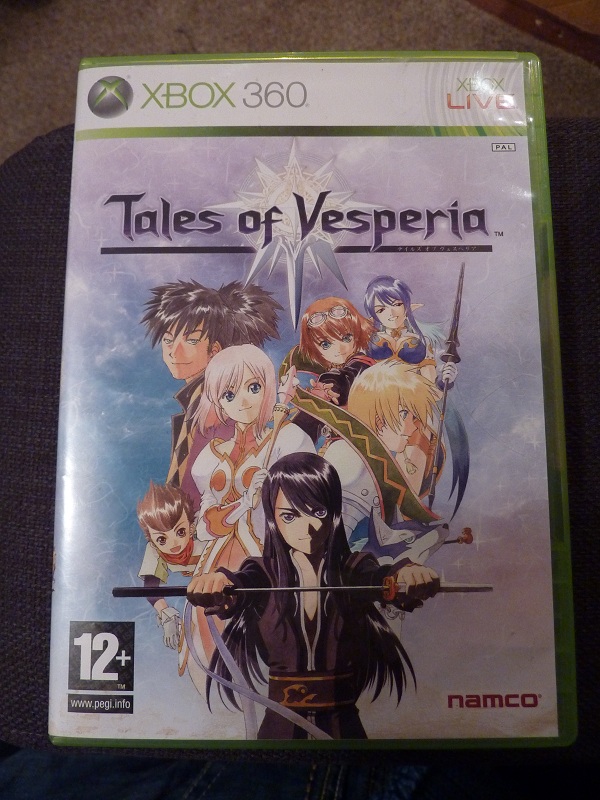 However I was lucky enough to find it in my local GAME, plus I had £7.50 on my points card so I reckon £17.49 isn't a bad price to pay for a fairly hard to find JRPG. I'm sure I'll get round to playing it at some point!