The same day as picking up Hypatia I also picked up Socrates and Plato from a lady for the tiny price of £3 which I found amazing price wise, however I also felt sad for them as they were very large and forced into a container which I felt was a little small for them. So I had to help them out and give them a home, stopping them from being uncomfortable.

The second I got home they were let out into a nice big tank to play around in, they seemed to enjoy it and were constantly walking around, however not burying themselves underground like every other millipede I have bought has done.

Sadly Socrates and Plato have either lived a long life or have lived in a rough environment as they seem a little bashed up here and there in the form of some slightly dented bits of exoskeleton, however they seem fine with it. Plus I'm sure that once they've shed their skins they may fix these imperfections. 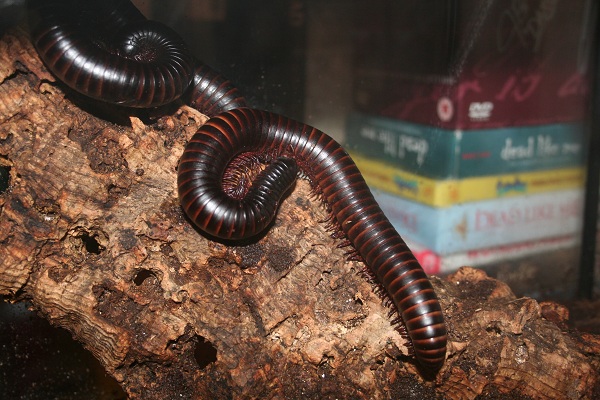 Plato and Socrates are what I imagine my oldest millipedes and my largest, and although they're a little sluggish at times they love climbing the sides of the tank and piece of wood, munching on cucumber and walking all over each other.