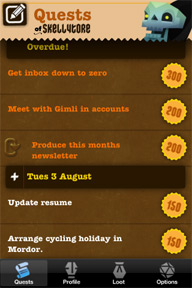 When I first picked up a device running iOS I knew one application that was at the top of my list to pick up was Epic Win.

Epic Win was the product of Rex Crowle aka Rexbox and SuperMono; and they have created a gameified version of a task list. So for those out there who aren't so great at sticking to things they're supposed to be doing it works as a helpful reminder.

Of course it may not work for some, but it's a great way to level up an interesting character and collect some loot while doing all those chores that are needed to be done.

You can set up tasks for certain dates, set them to reoccur or to give them no set date for being completed. As well as that any tasks that were set for a certain date but weren't completed, are then automatically added to a backlog of tasks.

By gameifying daily tasks and containing a brilliant stylistic approach to the characters, Epic Win is certainly one of the more polished titles available for the iOS platform.

The only fault I find with it is when creating tasks you assign the stat that the quest will affect as well as the "Epicness" of the quest which determines the amount of quest related XP you get. Meaning should you wish you can cheat your way into levelling up your character. Also the background music doesn't loop that well, but this is of course only noticeable if you're only listening to the app and have no music playing.

It also supports functionality with Twitter, tweeting updates for if you level up as well as the ability to link it with a GoogleCalendar should you use the Google calendar system. 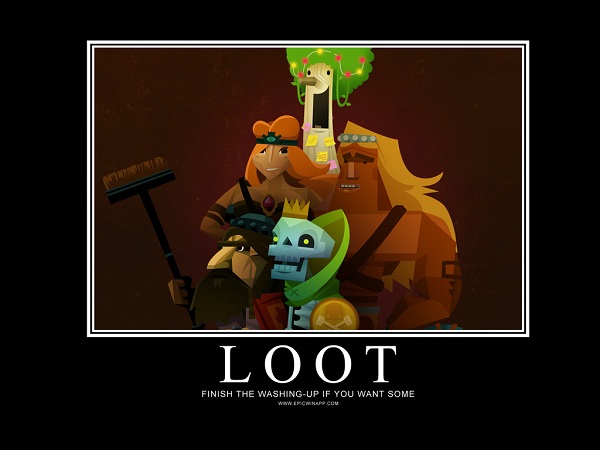 It's an Epic app and I highly recommend people picking it up if you're a fan of Rex or need a little more motivation for getting your stuff done.