So Ghostlight for anyone that doesn't know are a small publisher based in the UK, specifically in Essex, which is my home county. They've got two new releases coming out which is the only way that these games could have ever made it over to the UK. 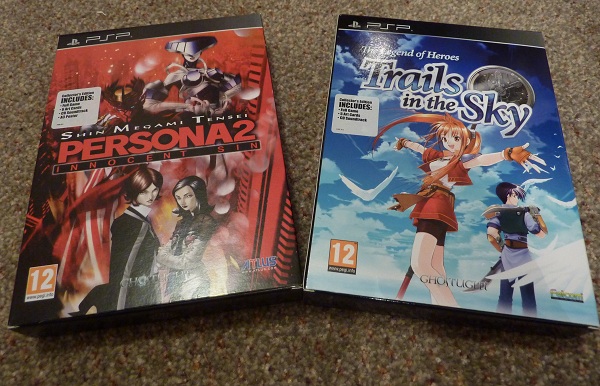 Those games are Persona 2: Innocent Sin and The Legend of Heroes Trails in the Sky, they have both had publishing partners in the US, however as Atlus don't have a UK publishing house I'm usually kept wondering if most games will actually ever gain a release.

Well that's exactly what Ghostlight are great for, they originally published the Shin Megami Tensei games on PS2 and now seem to release most Persona titles, after releasing Persona 3 on PSP.

Of course you can buy all their published titles from stores for a slightly cheaper price, however whenever you buy directly from them you will always seemingly get a pre-order bonus. For Persona 3 it was a t-shirt and once again for Persona 2 it was a t-shirt. However for Trails in the Sky you were given a massive A1 poster for the game, all in all persuading me to purchase them from Ghostlight. 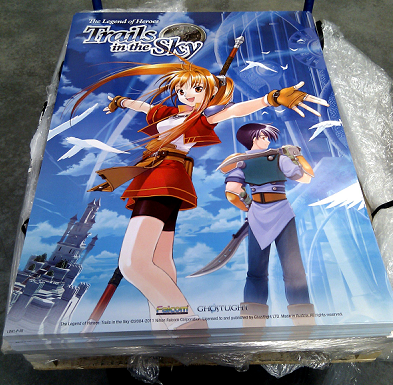 I generally keep an eye on their website and I urge others too as they're trying to ramp up the amount of games they're publishing from the sounds of their posts on their blog and facebook. Asking fans to recommend games they'd like Ghostlight to publish.