Two Hundred and Seventy One: Aliens: Infestation is out tomorrow!

I must say it kind of came out with a bit of a quiet release I suppose? All I know is I'm wildly looking forward to it and so should any Aliens or Metroid fans out there from what I've heard about it. Aliens: Infestation is the newest game developed ( or should I say co-developed as I'm not entirely sure of the role they've played) by Wayforward who of course very recently brought us BloodRayne Betrayal a perfect and punishingly hard addition to the BloodRayne franchise.

Aliens: Infestation is what they do best, if you haven't seen BloodRayne, A Boy and his Blob, Shantae or Contra 4 well then you’re missing out. But what they excel at is amazing 2D gaming, in terms of art, animation and gameplay. Infestation is a game set within the Aliens franchise that sees a squad of marines trying to keep themselves alive aboard familiar locations such as the Sulaco, LV-426 or even inside the derelict. 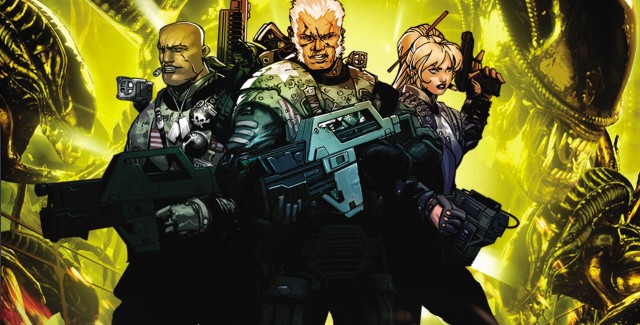 Having only been announced slightly before Gamescom and surprise attacking with a release tomorrow, I can't wait to pick myself up a copy and see what the Wayforward touch has brought to it.

Fingers crossed I enjoy it!