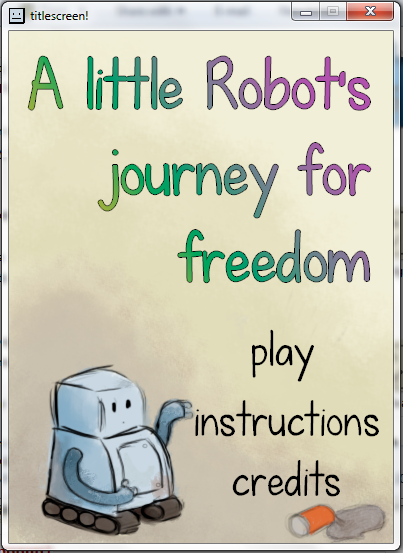 The final day started off with a yummy breakfast like the day before and finalising the game so it could play from start to finish with full placeholders. I managed to get this sorted as well as get some of the art within the game. Starting off with the title screen as it's something I'll always get finished before I get on with final game art.

It always gets quite tough when the hours count down but it also didn't help that the Ludum Dare website had gone down due to people overloading the server. This meant I couldn't upload my food photos or check on the progress of any of the other games. Except for Charlotte's as of course she was in the same room working on her game.

With all my other entries I will usually stay awake until the final hour of the 48 hours to finish my game, I'm not sure how that's going to go this time as it always comes to an end around 4am on the Monday morning.

So the art for most of today has been hugely time consuming, as well as the title screen I've got the first screen below for you to see which gives you the choice to take an item and then progress into the game. 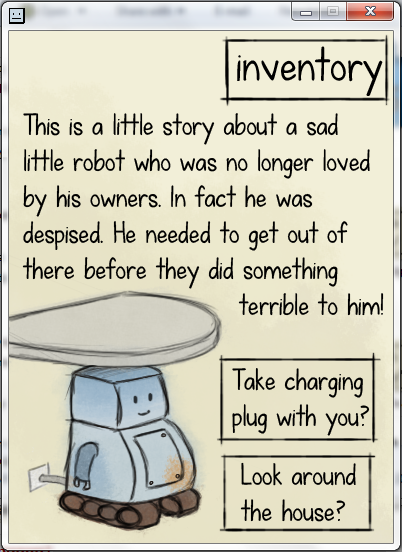 It's cute as the first image has the robot with his eyes shut with just the text then his eyes open and the options appear, it's taken a while to get the few pages in the game that I've done, only because drawing and colouring is fairly time consuming.

I've decided that the interweaving stories I was planning for the little robot which would allow you to choose at the start of the game if you wanted to play as a robot, dog or alien would be way too much work for me to do. However should I have a little spare time in the future I'd then love to get the other stories complete.

I feel the inventory button and the other buttons within the game may benefit a different colour behind the text to then help them stand out a little more, including a difference between buttons that are for items that can be picked up and standard buttons to take you to an area.

I'm trying to keep the illustrations as simple as possible to minimise the time required to get the images finished. I've got all the base images sketched out, but not to a standard I want for the actual game. So I just have to go over my sketches and add a splash of colour to get them up to scratch.

My lunch today was some yummy nachos that I made, by cutting up some flour tortilla wraps into triangles, spreading some olive oil over the top and then baking them in the over for a few minutes. I also sprinkled a little salt over them as I love salty tortilla chips.

Once out the oven I quickly shoved them in a bowl and popped some cheese on top so it'd melt a little, they were super tasty especially as the tortilla wraps were Mediterranean herb flavour. 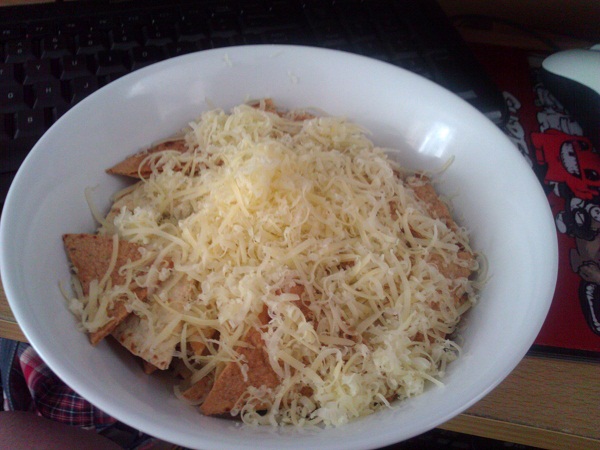 Will I get it done within the next few hours or perhaps not have a complete game for the first time since I started 48 hour game jams? Fingers crossed I can slug on and get everything finished.