In time for the mid time presentation I decided to get together a game play storyboard/map as a record for the order of all things. It follows the game from start to finish, I'll briefly go through the order of it all now. 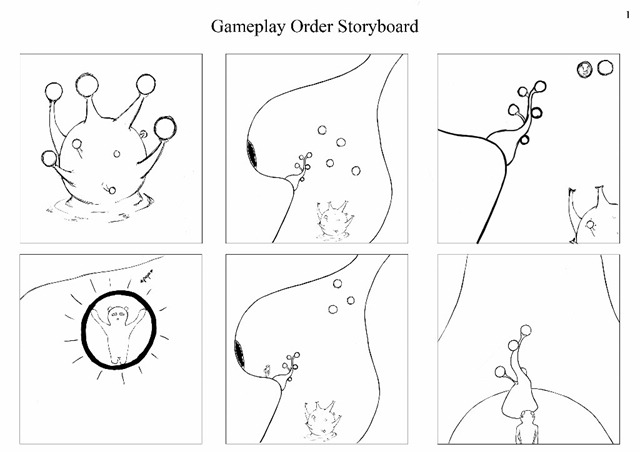 The game starts off in the beacon chamber, where the character is lead through a short introduction cut-scene, the player is then thrown into the game, by looking out onto the edge of a ledge. 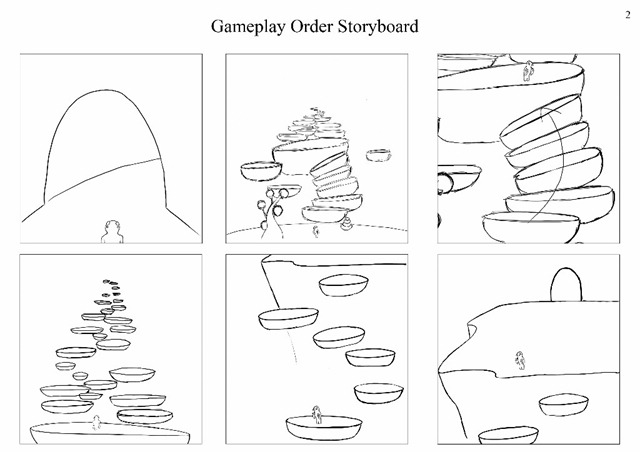 After this the player then progresses onto the first level which is called the Anemone Sea, which is made up of a sea of anemones along with orange pads that are floating on the surface of these anemones, making them sway in different manners. The player having to then jump from platform to platform to get to the end. (the pads in my storyboard are how they were in concept, they have since changed and can be seen in later work I have done) 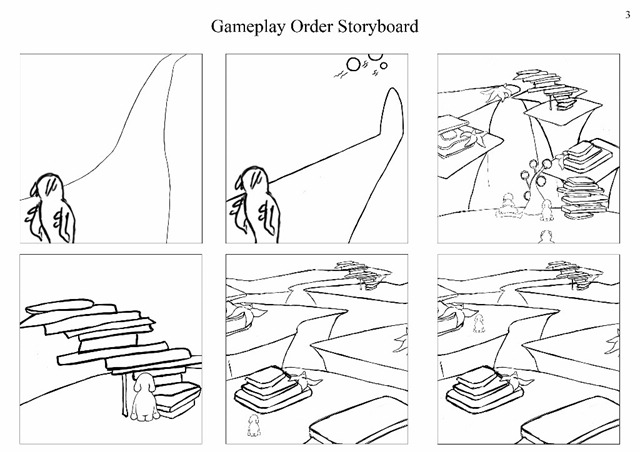 They then go through the Emerald Cavern where the players state changes to a heftier version which removes their ability to jump, making the ways to progress through the level different than previous. Having to push rocks and fall onto fat starfish which propel the character through the air. 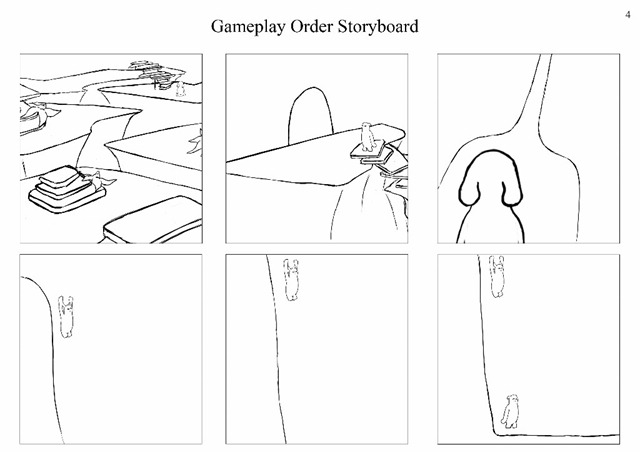 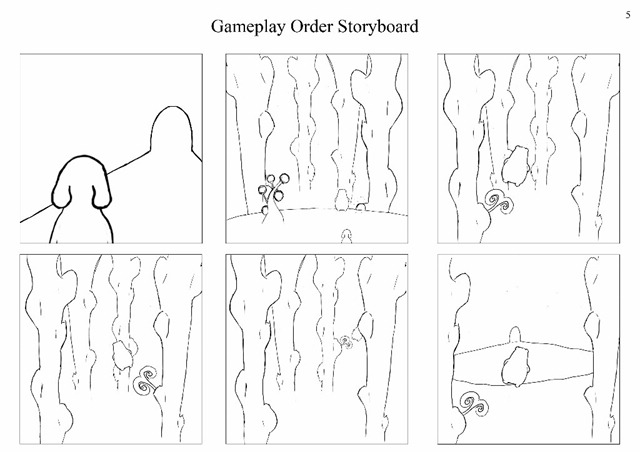 The next area is Shimmering Towers where the player becomes a light puffy version of the character, which floats around in a pillar filled area, the character is controlled by the environment, this is done by air vents that have grown out of the pillars. 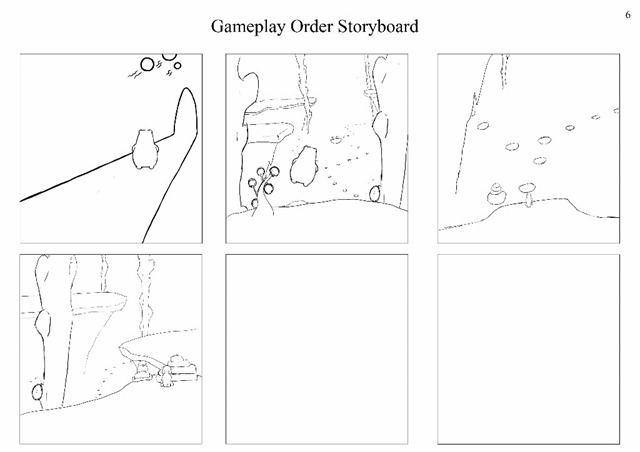 The final area is a combination of the three called The Reef, where the player has to use all their abilities in one space to progress through the area. The choice of character state is controlled by a "state change fountain" and if the player walks through them they will morph into the other state.

It is a rough layout, but that's all storyboards are in the end, after having these images we were able to remember which order the game comes in.